And just like that, we’re into the second week of the LNY. This year was a little different than what we’d planned but in a nice way. For one thing, we didn’t even get to the part where we normally have to vote on which non-Chinese restaurant we wanted to eat at. We got invited to both of the major LNY meals aka reunion dinner and kickoff lunch. Score!

We couldn’t go empty-handed, of course. Stopped by a Chinese restaurant on the way over to pick up the ‘easiest thing’. It had to be yeesang (the customary raw fish salad collectively tossed by everyone at the table for good luck and prosperity 😛 ), of course!

Hopped out of the car, said yes to Sly Smile Uncle’s question of “Salmon yeesang?”, stood back and waited for Grumpy Auntie to fling handfuls of dehydrated veggies and a few measly slices of raw salmon into a cardboard box, and that was it!

The thing with yeesang is this: as long as you’re mentally prepared to be ripped off, you’ll do just fine! After watching my 100 bucks take off and land in Uncle’s cash register, my wallet immediately felt much lighter and I was ready to chow down 😀 !

Every year on Day 1 of LNY, we go vegan. I used to say vegetarian but then I realized we don’t eat eggs and other animal products. So I guess that means we vegan? Wow, I suddenly feel so trendy it’s almost like I actually belong to a community of healthy eaters with hipster glasses and yoga pants *wicked laugh*!

I just realized I didn’t take a single photo this whole LNY! I have no idea why. Maybe it’s because my head’s been in the clouds. Every morning of that first week, I was up at 5, showered, got dressed and tiptoed out of the house to go sit under a Bodhi tree. For a city girl to be out alone before the break of dawn was something of an adventure.

The streets were devoid of traffic, the light from the street lamps cast exciting shadows everywhere, this was a city breathing softly as it slept. Although the drive itself was a short one, I enjoyed it as much as the short walk to the tree. I wish the air could’ve been cooler, like 45 degrees would’ve been nice but it was more like 88 degrees duh! Still, this was truly the most awesome way to start the new year!

What’s moi having for lunch? 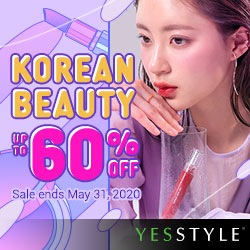