After running some errands, a friend and I went to have rice noodles in spicy soup. I’d eaten there before and found their noodles to be pretty tasty. While I like that this soup comes piping hot, when you pair this heat with its mind-blowing level of spiciness, it can be quite deadly. To be sure, the soup is more peppery than it is spicy. You can actually see peppercorns swimming in it.

So then, with this double heat combo, our innocent first mouthfuls got us both spluttering and coughing as we grabbed fistfuls of tissues (they remind me of flimsy bathroom tissues, pffft, whatever happened to serviettes??!!) to cover our mouths lest we send rice noodles flying unceremoniously across the room at other diners.

With heat and pepper burning our tongues and flaming up our nostrils, we looked around for fire extinguishers but found none handy. So between sniffs and splutters, and coming up for air between each mouthful, we persisted.

Now you guys know I hate to waste food but this time, there was really no way I could finish that bowl of noodles. It was timely too because at that last mouthful, I noticed that something seemed to be lodged in my throat and wouldn’t go down when I tried to swallow. I kept trying but ‘it’ simply refused to go down. And I’m like, what the heck is happening here?

Commonsense tells me that if it’s not going down, then I should try spitting it out. Grabbing another huge fistful of tissues (yes, huge because those thin airy dispenser sheets are completely useless!), I did what I’d rather not have done but had to do!! Embarrassing, I know, but thankfully we were early and there were no diners on our side of the room.

Now that I’d spat everything out (excuse me for sounding gross), I realized ‘it’ was still there – lodged in the very back of my tongue!! Omg! I tried to dislodge it by pulling my tongue against the roof of my mouth but it would not budge! I tried to cough it out but that didn’t work either!

This calls for drastic action!! I had no choice. So what did I do? I reached back into the back of my mouth, way back there, with my finger and physically, almost forcefully, yanked it off the back of my tongue. Yikes! That wasn’t pretty!

So what the heck did ‘it’ turn out to be?

It was a broken half of a peppercorn whose jagged edges had gotten embedded in the soft part of my tongue! Yup, it was embedded so deep I had to use quite a bit of force to literally yank it out. That was quite the horror! I honestly don’t know how it happened. And I was not amused!

So from now on, peppercorns, stay the heck away from me!! You’ve been warned!!

Okay, now that we’re done with the gory stuff, let’s have some fun. Can you spot those pesky peppercorns in the soup?

Answer: there are at least 3.

I would include a prize of a free bowl of this lovely soup but I doubt you’d be too excited about the prospect of meeting “that pesky lodger” in person. No? I didn’t think so bwahaha! Have a great week y’all! 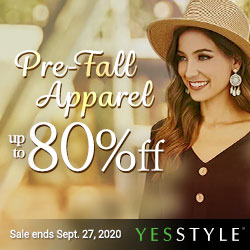