Some days the heat and humidity gets to me so much that I just want to get drunk on water and have nothing to do with food. But eat, I must! but to save myself the trouble of assembling a sandwich, I thought I’d take the easy way and go carb-less instead. Not that I’m some health freak. Not because I even believe in cutting out carbs. But out of plain old laziness.

Thrilled that I’d come up with such a brilliant idea, I danced downstairs and peeked in the fridge. Saw a tall glass of fruit juice and drank it between popping almonds and cashews. Spied a banana lying around and ate it. Dug around and found an avocado, ate half and donated the other half to an unworthy cause. And that’s it, I decided to call it a meal.

Cynical me was laughing inside as I started upstairs wondering how long this so-called meal would last me. Pretty soon, I got engrossed in work and apparently 3 hours had slipped by unnoticed when I first heard my tummy growling. Thing is when you’re busy, you don’t hear these things. But the minute you slam on the brakes, bam!

… it jolts your brains into the sudden realization that your tummy’s been grinding on air. And by now, what must’ve started as a subtle throbbing in your temples is beginning to resemble the pounding of a drum. Yup, I know only too well the signs of an upcoming migraine.

Reluctantly I dragged myself downstairs – again – in search of food. Dang! Rummaging around for food is not something I relish, to be honest. I’m not normally a snacker so it’s hard to think of what to eat. If I could avoid it altogether, I wouldn’t even eat. But I didn’t have a choice. So suffer me some oatmeal, it is! And some watermelon I found in the fridge.

Up the stairs I skipped, happy in the knowledge that having fueled my tummy, I could now jump back to work. I had no idea how much time had gone by but heck, the pounding in my head had returned with a vengeance. I glanced at the clock and what do you know? It’s been 45 minutes since my oatmeal run.

Arrrgh, this can’t be happening!!! Now I have to find more food!!!

I dragged myself back down to the kitchen again!! Frankly, I had no idea what else to eat. But I had to find a way to stop the drum from turning into a battering ram, fast. Then I thought of the giant bottle of Skippy’s peanut butter from Costco, busted it out and spread it thick on 2 slices of cold bread from the fridge. Aah, that’s much better. Carbs, doncha just lurve ’em?!!

So yeah, I did go carb-less, or try to, sorta but it wasn’t pretty. To save myself the trouble of one meal, I ended up having to eat 3 meals! It wasn’t even like I went completely without. I just traded in the refined carbs for the good carbs and look what happened. I don’t think I was meant to go carb-less. Do you?

To Club Med and back 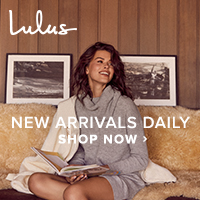